The event celebrating the enchanting rocks of Kalymnos took place on the island for the fourth time on 22-26 May 2009. 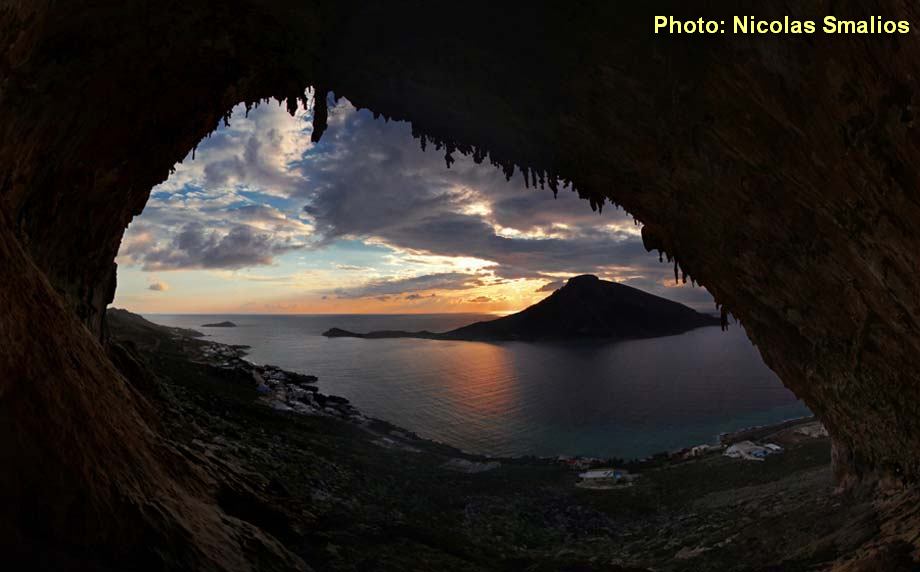 Organisation
The 4th International Kalymnos Climbing Festival was organized by the Municipality of Kalymnos. Participants received the official Festival t-shirt, posters and other gifts by POLO and the Municipality. POLO company was represented by Giorgos Toumpanakis and Christos Makris; the Municipality’s primary representatives were the experienced Katerina Klonari and George Chatzismalis. Congratulations to all of them, and to the employees and volunteers working around the clock to make this Festival happen. 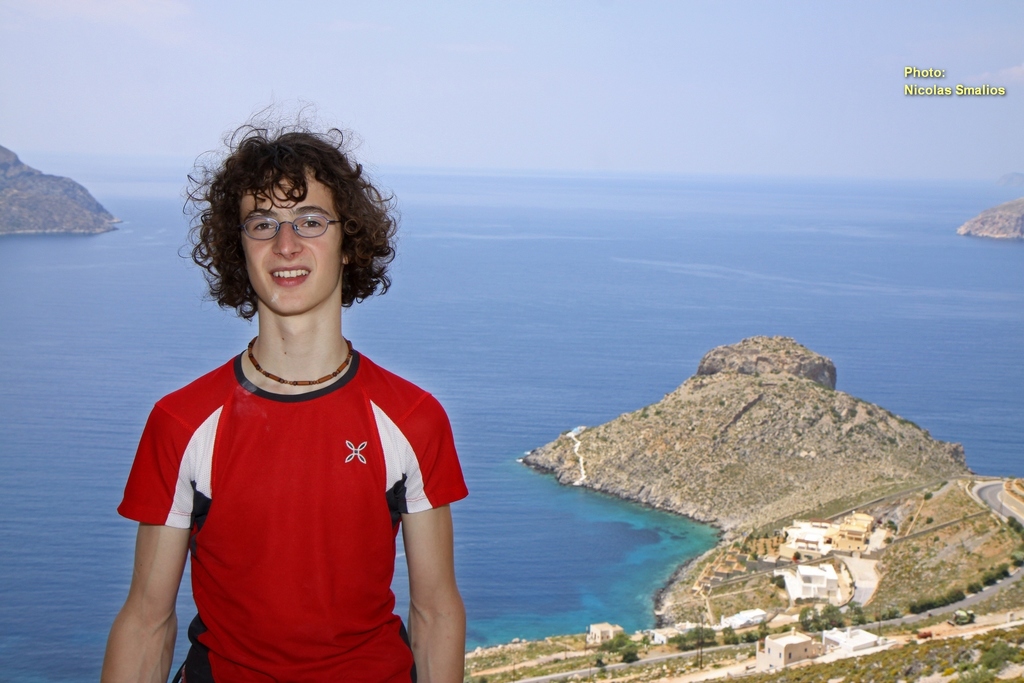 Also invited was the inexhaustible Swiss couple of equippers Christine and Claude Remy; with his brothers Yves Remy and Boris Girardin, Claude has opened more than 250 sport routes on Kalymnos in the past few years. Last but not least, the 22 year-old Slovenian climbing champion Maja Vidmar and her partner Anze Stremfelj were there.


Other festival guests included the renowned Australian photographer Simon Carter (www.onsight.com.au) and publisher of the award-winning photography books “Rock Climbing in Australia” and “World Climbing: Images from the Edge”, accompanied by his wife Monique Forestier, a leading Aussie climber, and their 5 month-old daughter Coco.

From Sweden, Jens Larssen was there; Jens is the owner of www.8a.nu, a most popular climbing site, and the former coach of Sweden’s junior climbing team. After this visit to Kalymnos he enthusiastically stated on 8a’s homepage that “Kalymnos is the best climbing destination in the world. If you have not been here, book your ticket for this autumn or next spring. Nothing beats the package: Climbing, beauty, hospitality, beaches, food, soft grades, and in fact the rock is just getting better by time. Loose and polished rock is almost non-existing!”

The event was filmed by the award-winning Greek mountaineer / director Pavlos Tsiantos and his assistant Christos Tsoutsias.


Also filming was the Italian owner of 9b website ( http://novebi.ning.com/), where Adam Ondra is writing his own Magazine.

9b Production is shooting for a film about love for climbing with Adam Ondra.

Finally, the event was covered by two major Greek TV channels as well as the local channel.

Climbing and other events
The festival opened officially on Friday night, 22 May, with a dinner on the terrace of Plaza hotel and the fabulous sunset of Kalymnos in the background. The opening dinner featured welcoming addresses by the mayor and local authorities, and a presentation by the modest and very likeable Adam Ondra, who was warmly applauded.
On following days, the program included climbing during the day and various events in the evening.
An Open Bouldering and Dyno competition was organized on Saturday evening, May 23rd, at the main square of Pothia port. 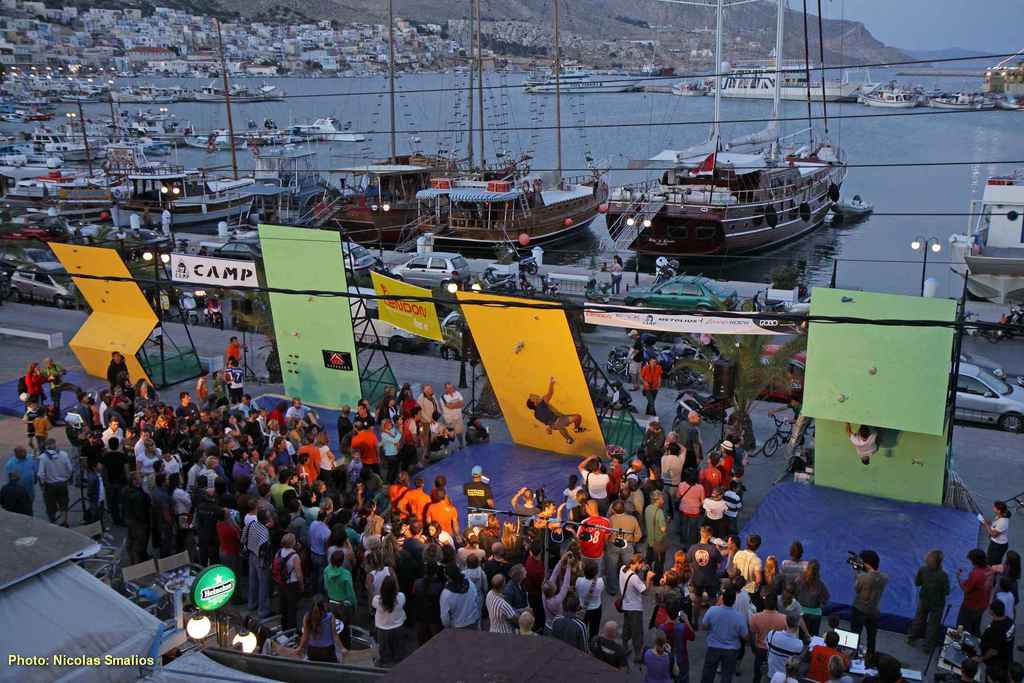 On Sunday evening, May 24th, Claude Remy presented a very interesting photo archive from all his years on the island in his clever, humorous style. 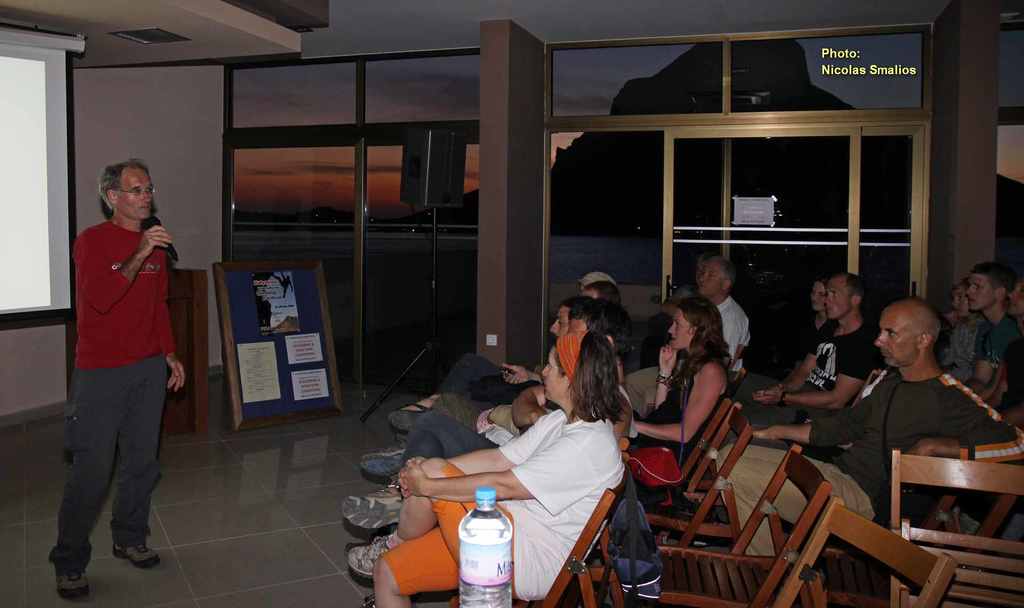 He and his brothers were given an honorary plaque and other memorabilia by the mayor as thanks for their extensive contribution in developing Kalymnos climbing.


On Monday evening, May 25th, the Festival’s closing party was hosted by club LOCA; the winning climbing party of the Free Ride Rally, Konstantinos Vrochidis and Dimitris Sparis, was awarded. 11 parties participated in the Free Ride Rally, where all day Sunday they climbed as many routes as possible. Each route was credited certain points depending on grade, with the winning party being the one accumulating the most points.


But the pure soul of the Festival was the phenomenal Adam Ondra. 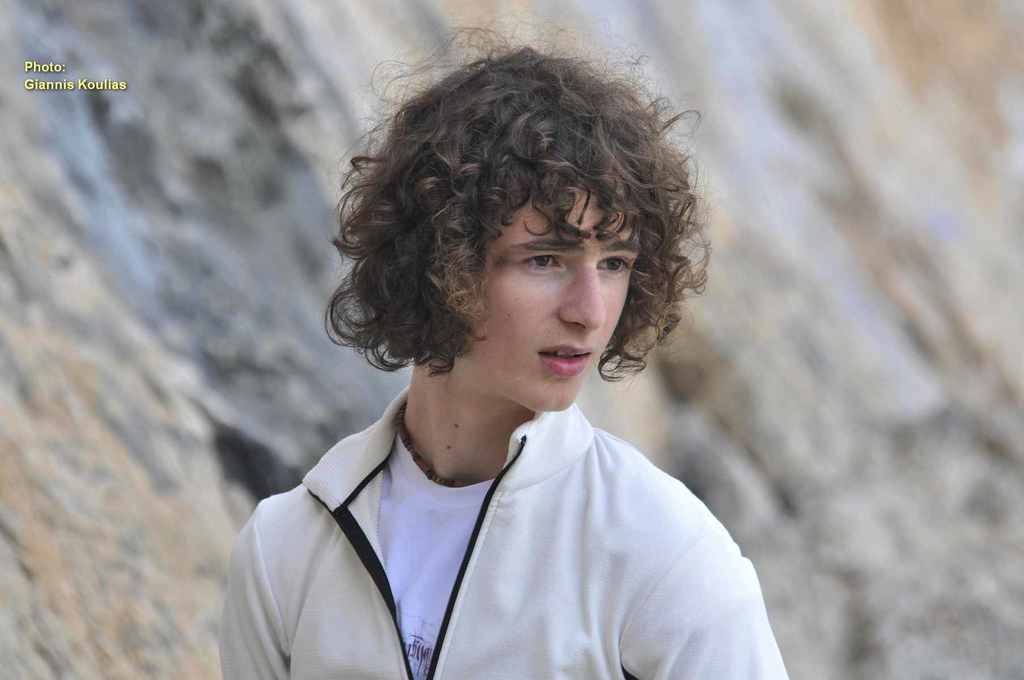 Despite his 16 years of age, he has already taken sport climbing to a new dimension. In Kalymnos we were awestruck by his ability, speed and deep passion for climbing. Adam seems to have this effect even on the specialists, as Dani Andrada and Chris Sharma speechlessly watched him breeze through the 9a’s in Spain last spring, prompting Chris to declare that he now feels “like an amateur!”. Enough said— see for yourself what Adam accomplished during his 6 days in Kalymnos, with his own comments taken from his 8a.nu scorecard:

22/05/ 2009
Gaia 8b - Odyssey - ONSIGHT
Gora guta gutarak 8c(+) Odyssey: hard crux on the start followed by easier but delicate climbing, figured out the sequence on the ground, then just killed it without any stop for thinking, for me 8c, not 8c+ - ONSIGHT

23/05/2009
Some hard tries on Los Revolucionarios, followed by:
Nadir 8b+, awesome, one of the best hard routes there - ONSIGHT
Sardonique 8a Odyssey - ONSIGHT

24/05/ 2009
An “active” rest day of Adam, before feel strong again to slash his project:
Daniboy 8a Spartacus - ONSIGHT
The Path to Deliverance 8a Spartan Wall - ONSIGHT
Spartan Wall 8b , Spartan Wall- ONSIGHT

26/05/2009
DNA extension 8a+, Grande Grotta - ONSIGHT
Titantrope 8c+, Spartan Wall, well, for me it was more like 8c, but I do not know if I am so strong or the grades are just easy. But considering the fact that master of this crimpy style Dave Graham suggested 8c+, I keep it like this... - SECOND GO
Inshallah 8c+, North Cape, almost on-sight, in the second go did it with big fight during amazing sunset - SECOND GO

Let it be known that the route Los Revolucionários 9a 30m is the hardest route in Kalymnos to-date and the first route of this grade in Greece. It was equipped by this writer in June 2007 with the help of Christos Daniel.
After Adam climbed it, he moved on to Los Kukos 8c and just barely missed the onsight (rare, but it happens!).
Immediately after that, we sprinted to Sikati cave in the middle of the scorching hot afternoon. There, he surprised us yet again: not only did he climb Jaws 8c 50m on his first attempt, but he also placed the draws – just another sign of his superior ability.


In this writer’s opinion, Adam is already two steps ahead and for him, 9c or 10a climbs are only a matter of time and patience (to commit more to working a certain route).

For the record, Jaws was the ‘Ultimate Route’ in Petzl’s 2006 Kalymnos Roctrip; the stars of that event all tried it for a day, and finally only Chris Sharma, Dani Andrada and Steve McClure redpointed it on their third attempts, with long draws already in place. Because Adam had once watched the video from that Roctrip, he considered his own ascent to be flash, not onsight.

He did the same with Les Arts du Vide 8b, his ‘cool down’ route!

As for Gora guta gutarak 8c+, it was first redpointed in May 2007 by Nico Favresse and the grade was confirmed by Steve McClure the following September. Adam onsighted it by also placing the quickdraws –and yet, seemingly oblivious to the enormity of the task, he suggested downgrading it to 8c because ‘it felt easy’… His first 9a onsight is sure to follow soon.

Maja Vidmar was also in excellent form; she climbs in amazing style and makes it look so easy. 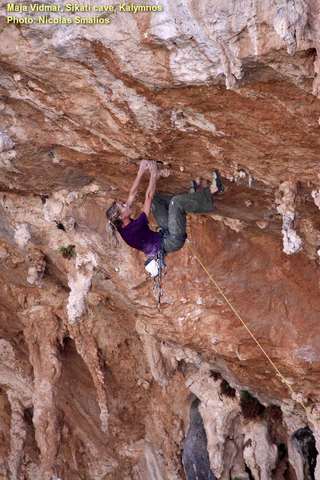 She focused on onsighting and left Kalymnos happy, having onsighted her first 8b.
In her own words on 8a.nu, Spartan Wall ‘is a very nice 20 meters vertical route and I am so glad to onsight something very technical with just small holds. It was just one or two moves I was outside the comfort zone’.
Or, in the words of her boyfriend Anje Stremfelj, “when she takes a small crimper and puts the thumb above it, it is like locking it and throwing away the key. It just can’t get open!”
Maja onsighted a total of 9 routes 8a or harder during her week on Kalymnos, included in her list of Kalymnos onsighted routes below: