"9 weeks of epic is over! And hopefully for Chris soon. I can move on. Soo happy." 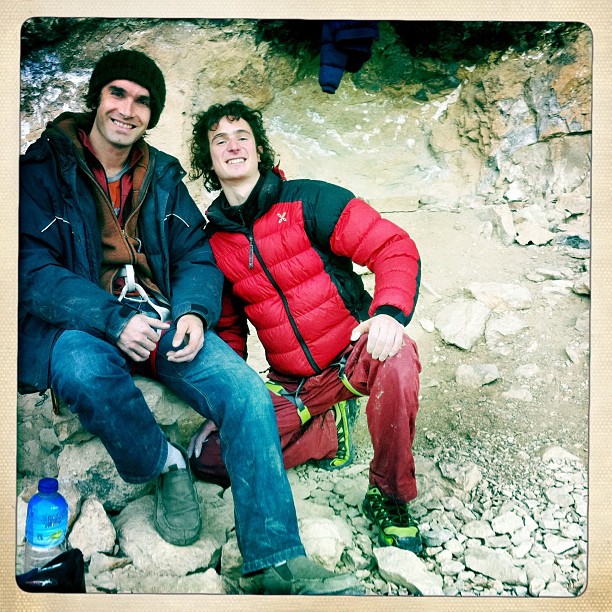 “Even in sport climbing, this typically individualistic, internal, self-centered thing, the climbing partnership has once again, this week, revealed itself to be one of the most important factors in achieving the impossible.”

He's just a plus ... but he could eventually interview many climbers ! ;-)

We can't avoid starting with you, so here's our interview...

La Dura Dura was bolted and cleaned by Chris Sharma, who wrote it off as too hard, until you came and brought him back to the project, showing that the impossible was most likely possible. Compared to projecting your own route like it was for Change, how does it feel to work a line with another climber with so much experience on 9b routes?
It is great! Chris is a great guy and always motivated. (Climbing with him) has lots of advantages. We have completely different styles and different betas, but we both learnt from each other. We both took something each other’s beta. We discussed the betas forever. If you are alone, you might get stuck on your own stupid beta and don’t see the others. A different perspective is always important. 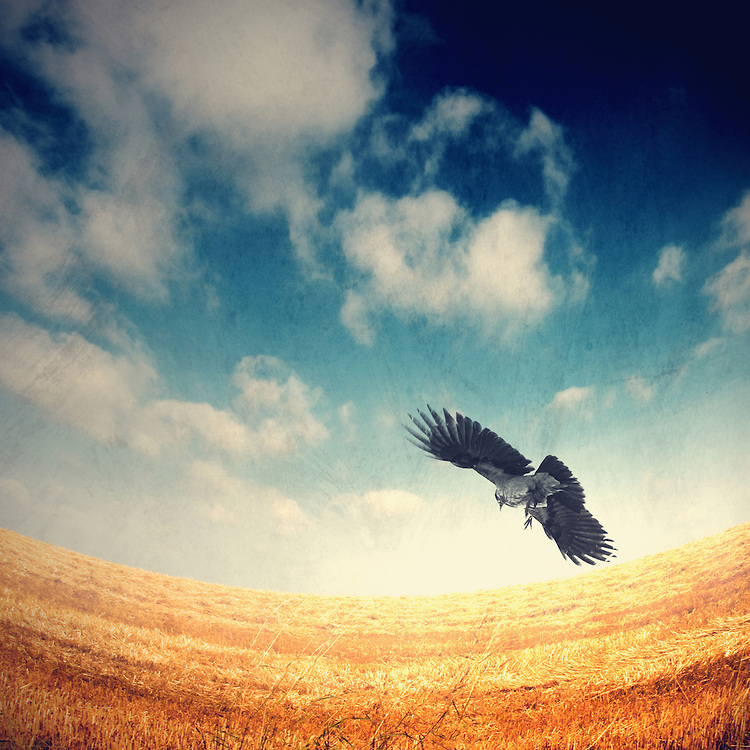 Seeing Chris on the route was motivating and made me want to try as well. Of course, we both wanted to climb it, but it was healthy competition. It felt more like we just go climbing together and give another try to the project, casually. In December, Chris was close to sending. He made it past the first part, but slipped off the next ”easy” move. For me it was the end of the season and I needed one week of rest urgently. I thought Chris would have done it any time soon. I wanted him to climb it. Honestly. Because he deserved it and looked solid. But somehow he went down with shape a little, felt tired too and quit trying for a while. If he had climbed it, it would have been motivating for me to finish it off as well.

Hopefully, after my ascent, Chris will send soon too. The mental barrier has been breached. The door is open. 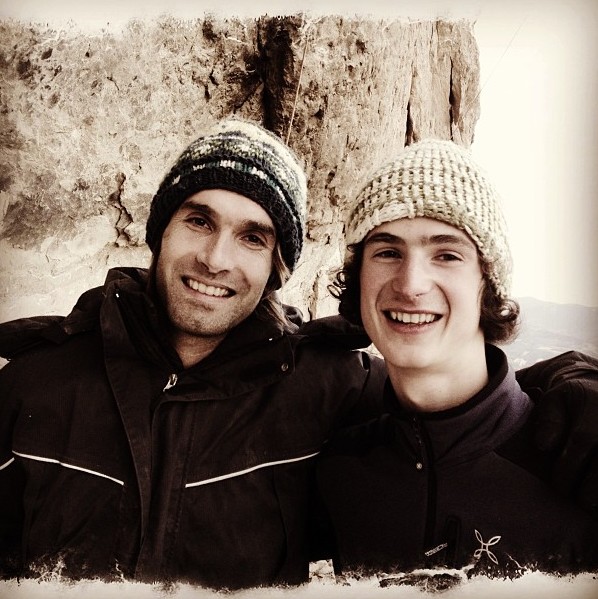 Oliana is a very popular and busy crag with many top climbers climbing at their best, whereas you were mostly alone when projecting in Flatanger. How did this reflect on your feelings and your progression?
It can be quite motivating before going climbing watching someone else sending their projects. Oliana can get overcrowded sometimes, but fortunately you don’t have to queue for La Dura Dura, you know. There are many people I met day by day and we could all enjoy a very friendly atmosphere.

The loneliness of Flatanger is very different, but neither of them influence my climbing significantly. When I climb, I climb and I don’t get distracted by anything else. 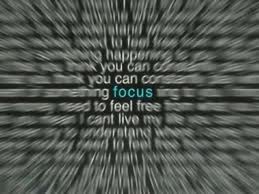 How would you grade the boulder sequences in the first 10 meters of La Dura Dura?
The first 15 moves, are only about 8 meters of climbing could be 9b/b+ in itself. Big reaches on crimpy holds and underclings that lead into huge span rightwards onto the crimp and dyno from there onto a good hueco. It includes 4 boulderproblems, from bolt to bolt, 4 moves each of them. 7C, 7C, 8A+ and 8A. It is nonsense to grade the section in Font grade, because even if though it is only 15 moves, it climbs like a route. You have to clip, the moves are long, it takes 1 minute and 10 seconds to climb. The moves are quite easy as single moves, but putting it together is a question of power endurance and climbing as efficiently as possible. Everything counts. 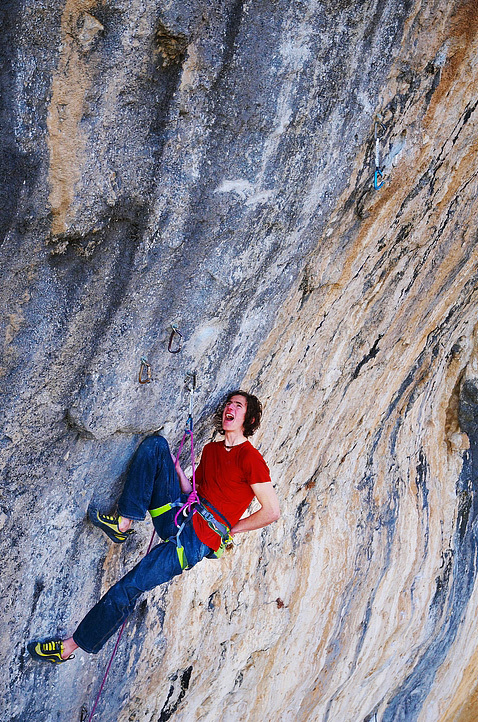 What have you learned by climbing La Dura Dura that you think you could share with any climber trying to redpoint an important project and maybe progressing to their next grade?
That after two weeks of working the same route, it is very difficult to make further progress. That was quite suprising to me. The 3rd and 4th weeks on La Dura Dura were completely pointless, I was climbing one level below and no matter how efficiently I climbed, I couldn’t and didn’t progress.

If you don’t feel close after two or three weeks, better to give up for a while, train specifically for it and get back on it. Body will forget how to move in the route, but in a couple of days it is back.
Climbing a certain grade within 10 days of work doesn’t mean that you would climb another level if you worked for a year.

You said many times that redpointing long projects actually makes you weaker in general because you practice few moves over and over and you spend a lot of time resting between attempts. Do you have a plan, then, to try and climb 9b and 9b+ routes more quickly in the future and to address the possible areas of development in your climbing?
Right now I am just waiting for whatever is going to be around the corner. All I know is that I want to take a drill and bolt something. 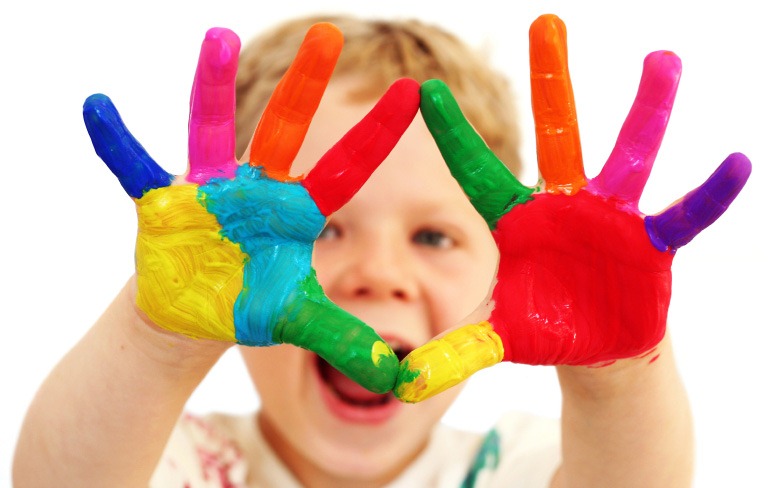 If futuristic or 9a or 9b? Everything is going to be good enough. Finding another futuristic project would be great and I would jump on it without any hesitation. All I know is I want to enjoy climbing at its best. An easy thing to do, being in Spain and having my project in the bag. Venga!

Venga indeed! :-) And what are your other plans now that this super-hard project is behind you? More travelling and a spree of onsights? More intercontinental travel? Short term projects? Bouldering? DWS? Multipitch routes?
I would like to explore and bolt this year. Sport climbing only, I don’t want to split my interests too much. New areas in Spain, and in the summer I will go back to Flatanger and bolt those remaining king lines and potentially send them. Some spots in the Alps look quite promising too.

Next year I will do competitions and sacrifice my climbing season outdoor. At least one year of my life I want to test it out if I can catch up with the plastic beasts :-) .

Have a great time!

And to all the other climbers:

if you have been following Chris and Adam’s adventure at the very limits of today’s sport climbing and you also agree that friendship can really make climbing so much more interesting and motivating, we’d like to suggest you take a better look at our website 9b.

We aim at being not only a magazine/newsfeed but, more importantly, an online climbing tool for climbers all over the world, providing a unique and original meeting place for new friendship, online to start with but, most importantly, to be taken offline and at the crags!

Because as much as you shouldn’t forget to bring your climbing tools (shoes, quickdraws and rope/crash pad) to the crag/boulders, you couldn’t forget to use internet and all internet tools as 9b site to find and bring friends (not just the protections!) either. Or to make some new ones once you are there!

We are ... 9back at work re-projecting the site we have always had in mind and we look forward to your active participation to our party! You're invited!

The Guardian about Adam